Home › Blog › Are There Giant Mosquitoes In Phoenix?

Are There Giant Mosquitoes In Phoenix?

Homeowners sometimes call us in a panic because they think giant mosquitoes have invaded their homes. It’s one of those rare occasions when we get to relay some good news about insects in the home. These insects aren’t mosquitoes at all. While they look like larger versions of their blood-sucking counterparts, craneflies are completely harmless. 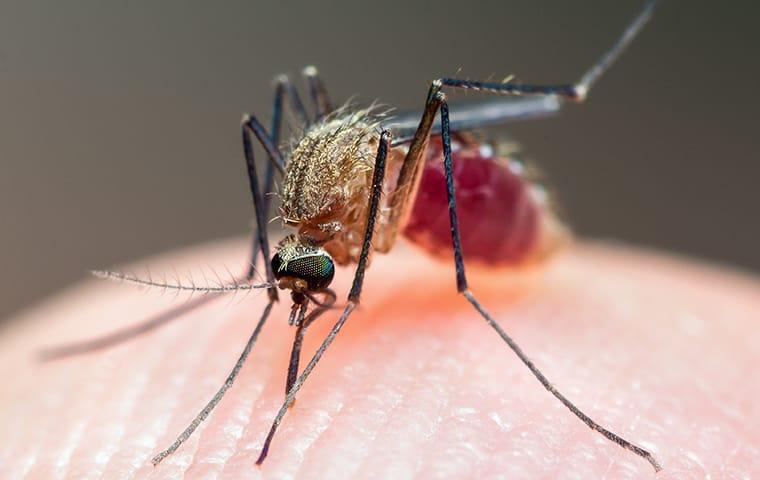 It can be hard to tell them apart, but there are some key differences between crane flies and mosquitoes. One major difference is the size: Mosquitoes don’t get as large as crane flies do. While the crane fly’s massive size may be intimidating, its huge body is a good sign that what you’re dealing with is not a mosquito. Another key difference is their flight skill. Despite the fact that they can fly, crane flies aren’t good at flying. They tend to wobble around because of their weight, and they look pretty silly while they’re in flight. Another tell-tale difference between the two is that crane flies are attracted to light — not blood. This is why they’re usually found near front doors at night. It’s also the reason they come into homes.

Another identifying characteristic of these insects is their extremely long legs. In some countries, these bugs are even called “Daddy Long Legs.” Though a different species has already earned that nickname in the United States. Some Americans refer to them as mosquito hawks. Don’t let the name fool you, though. They won’t help with a mosquito problem because they don’t eat them. In fact, once they’re adults, they focus on one thing: mating. They don’t even bother with eating.

Craneflies can be beneficial to gardeners. Because they feed on decaying organic matter during their larval stage, they can speed up progress in a compost pile. Their larvae are often found in piles of wet leaves during the coldest months of the year. The hatched insect is most often seen during spring and summer. They sometimes eat the roots of certain plants, like grasses. Gardeners should be aware of this before they encourage these insects to make their home in a garden.

Unlike mosquitoes, craneflies don’t bite. The female crane fly looks like it has a stinger, but it doesn’t. The elongated abdomen is just a part of its reproductive system. During their larval stage, these bugs only eat the roots of grass. Once they’re adults, they don’t eat anything at all. For this reason, it’s accurate to say that a crane fly literally wouldn’t hurt a fly. They don’t bite, sting, suck blood or carry diseases, so you can rest assured that these bugs are 100% harmless.

Even though they’re harmless, most people would prefer to keep crane flies out of their homes. There are few things homeowners can do to discourage crane flies from coming to the doors of a house. Using yellow bug lights can keep some of them away because that color doesn’t attract them the way bright lights do. Turning porch lights off at night is another option, although homeowners prefer to leave them on for security. Screen doors can also help keep most of these bugs out of homes. It’s almost inevitable that the occasional crane fly will make its way indoors. We can help with all types of pest control in Phoenix AZ, including real mosquitoes, but we can’t promise you that you’ll never find a crane fly sitting on your porch.