Home › Blog › Are Spiders Around My Chandler Property Dangerous?

Are Spiders Around My Chandler Property Dangerous?

There are few things as upsetting as noticing a spider crawling around your walls while you're trying to relax. While many people have intense fears of these arachnids, even people who don't mind spiders can still be creeped out by them. The main worry most property owners have when it comes to spiders is being on the receiving end of a bite. However, bites are much less likely than people think, and most spider bites won't hurt you. 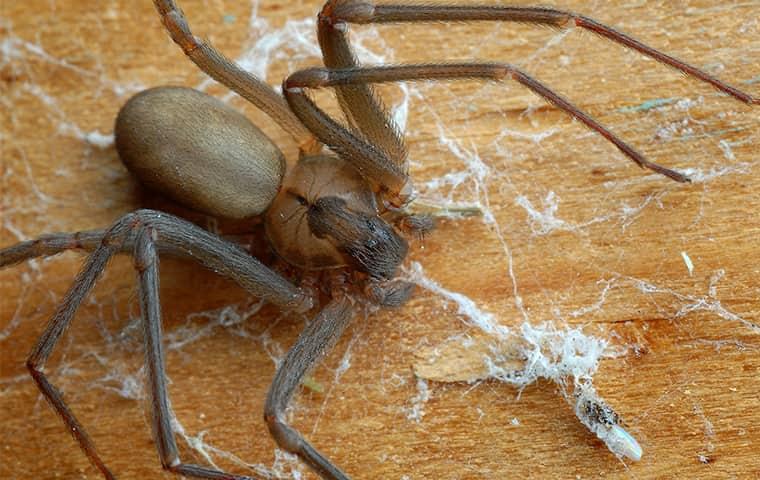 In fact, the majority of spiders in Chandler are just nuisance pests because they don't cause significant property damage or pose serious health risks to people. However, they can still be difficult to remove and stressful to have around, and there are dangerous spiders in the area that everyone should be aware of.

There are about 45,000 different species of spiders worldwide, a staggering statistic, but luckily, there are only a handful of spiders that are likely to invade area homes and businesses. To help you identify spiders in the area, we've put together a brief guide to what they look like:

What You Need To Know About Dangerous Spiders

In the Chandler area, only the black widow and brown recluse are considered medically significant to humans. All spiders have venom and fangs that they use to catch their prey, it's just that most spider species don't have venom potent enough to hurt humans.

It is rather comforting to know that most spiders you find on your property are nothing more than scary to look at. However, both the brown recluse and the black widow spider are native to the area, so it's not uncommon to find them around your home or business.

The black widow hides in dark, cluttered areas, and while normally found outside, you may also find them in crawl spaces, basements, and messy closets. The brown recluse looks for dark, quiet places to hide in like cardboard boxes, basements, and closets.

How To Tell If You're Dealing With A Dangerous Spider

Identifying a black widow spider is often relatively easy given their well-known appearance and striking coloration. However, the brown recluse spider is much more difficult to tell apart from other species and is one of the most commonly misidentified spiders.

In order to help identify a brown recluse from other species, there are three key characteristics to keep in mind. The first is the violin-shaped marking behind their heads. The second is the six pairs of eyes with a space separating each pair, and third, brown recluse spiders have light-colored legs with no markings.

Another way to identify these spiders is by their bites. A black widow spider bite often looks like two small fang marks while a brown recluse spider bite is painless at first but often leads to a bullseye pattern rash. If you suspect either of these species has bitten you, you should seek medical attention immediately.

The Best In Spider Control

If you've noticed an increased number of spiders around your property, the most effective way to eliminate them is with the experts at Green Home Pest Control on the job. While most spiders are harmless, a bite from a black widow or brown recluse can be serious.

No matter what kind of spider you're dealing with, let our pest professionals get rid of them for good. We provide free quotes, and we offer both residential and commercial pest control. Get started today, or learn more about our spider extermination programs, by contacting us online or over the phone.