Home › Blog › Why Are There So Many Spiders In My Gilbert Home?

Why Are There So Many Spiders In My Gilbert Home?

Spiders are probably one pest you really don’t want to find in your house, but the truth is that spiders aren’t as dangerous as you might think. Most spider species in Gilbert, Arizona are harmless nuisance pests that can't hurt people. While all spiders have fangs and venom that they use to devour their prey, most don’t have potent enough venom to harm pets or people. 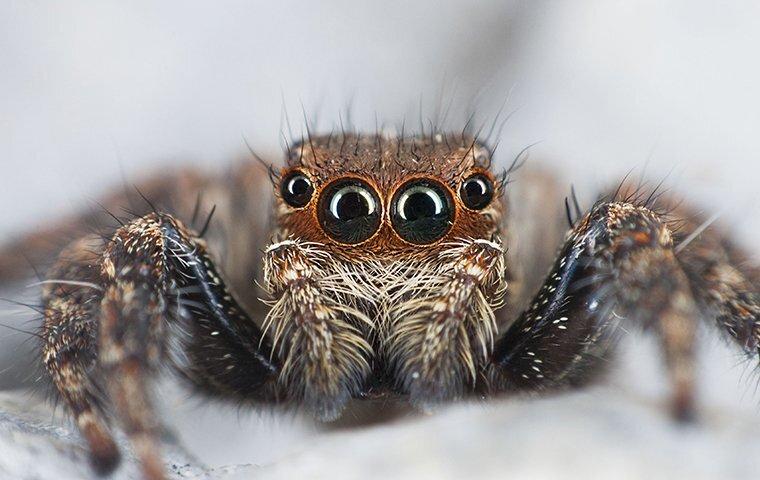 However, spiders are still upsetting to find around the home, and many people are especially afraid of them. While they might not harm you, having spiders invade your property is stressful, And, there are two species of spiders in the area that you do need to watch out for as they are considered dangerous.

In this article, you’ll learn how to identify spiders common to the area and find out why spiders are attracted to your home.

There are two dangerous spiders in the United States, and both of these can be found in Arizona. The first is the black widow spider which can be identified by its jet black color and the red, hourglass-shaped marking on its abdomen. The second is the brown recluse spider. This spider is light brown and lacks any markings on its legs.

However, the majority of home-invading species aren’t going to hurt you. Some of the most common nuisance spiders include:

What Attracts Spiders To A Property?

While many pests come indoors in search of shelter, spiders only enter a building when they are hunting for prey. So, if you have more spiders around your property than you have had before, it indicates an underlying pest problem. If you’re dealing with spiders, you also have other smaller insects to worry about even if you haven’t noticed them yet.

Because most spiders are relatively small, they can get inside in a variety of ways. They may slip under doors or through broken screens, and they can also fit through small cracks and holes in the walls and foundation of a building.

What Is The Best Way To Remove Spiders?

If you’re dealing with any kind of spider around your Gilbert home, the easiest way to remove them along with their prey is to get help from the experts at Green Home Pest Control.

Our skilled team provides ongoing residential pest control plans that will keep pest problems away before they ever begin, and we can also efficiently remove any current spider or insect infestations. Get started today by requesting your free estimate!

While monthly pest control is the best way to keep spiders and their insect prey off of your property, you can also take some steps on your own to prevent them. The following are a few simple measures that will reduce the risk of an infestation: