Home › Blog › Why You Should Beware Blister Beetles

Why You Should Beware Blister Beetles

Blister Beetles are found all across the United States and in some parts of Canada. They secret a blistering agent called cantharidin which causes blistering of the skin. There are many different species of blistering beetles within the blistering beetles family and they all have various markings even though their body shape remains approximately the same. They are usually black or gray in color but have been known to have other colors such as blue, green, yellow, and metallic. They are long and thin with round heads. Not only are blister beetles dangerous to touch, even if they have been crushed, they are also dangerous for animals to eat. For example, if a horse eats a few that are in some hay, it can result in serious illness and sometimes even death. 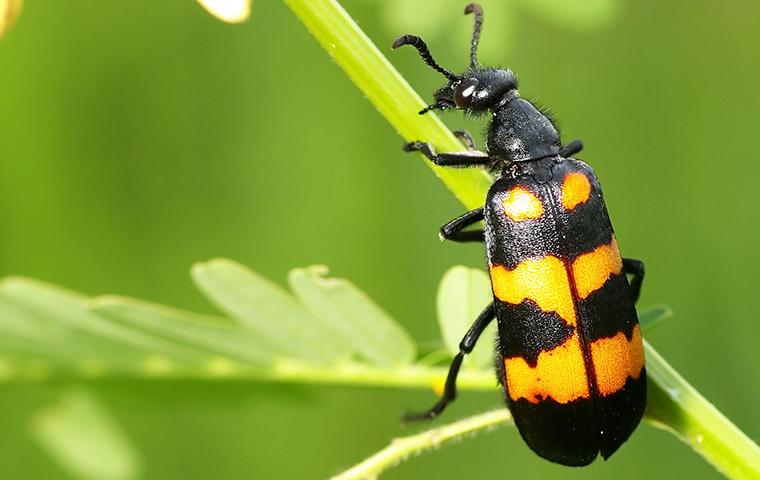 Where Exactly Are Blister Beetles Found?

Blister beetles are especially common along the East Coast, The Midwest, and various parts of the Southwest. The beetles are commonly found near crops which makes them common in Gilbert AZ and other areas on the edge of the Phoenix metro area. Some of the crops that they are most frequently located around are alfalfa, potatoes, tomatoes, beans, and peas. While these are the most commons crops they are found near, they are not the only crops they eat. Their diet consists of many other types of actively growing crops. The blister beetles are a common nuisance as they can quickly eat and kill a plant. The beetles travel from food source to food source in small groups and can do a lot of damage. This can be detrimental to farmers and proper precaution should be taken to protect their crops in addition to their health.

How Can You Remove Blister Beetles?

The best way to remove blister beetles is by hiring a professional to exterminate the population. The best time to have this done is at the beginning of a crop season or prior to harvesting. Usually, all that is needed is a pesticide application. If you believe you may have an infestation of blister beetles, call Green Home Pest to schedule a consultation. The representative who comes to your home or farm can help determine the best course of action based on the amount of pests present.

Green Home Pest Control can also help you with any other pest issues you may be having that can affect your crops. Do not wait until the pests take over your land, call Green Home Pest today to get started. Learn more about our home pest control and commercial pest control services.