Everything We Should Know About Spider Control In Phoenix

In all of the United States, there are only two notably dangerous spiders: the black widow and the brown recluse. Phoenix is home to these two, as well as an assortment of other intimidating species that may bite but will not cause lasting harm.

Because of the desert-like environment of the area, there are a few species of spiders that thrive in the region, which residents might wish to expel. Fortunately, though they are scary-looking, Arizona spiders are mostly harmless. Keep reading to learn more about spiders in the Phoenix area and whether or not they are dangerous as well as how to prevent and get rid of spiders.

Types Of Spiders In Phoenix 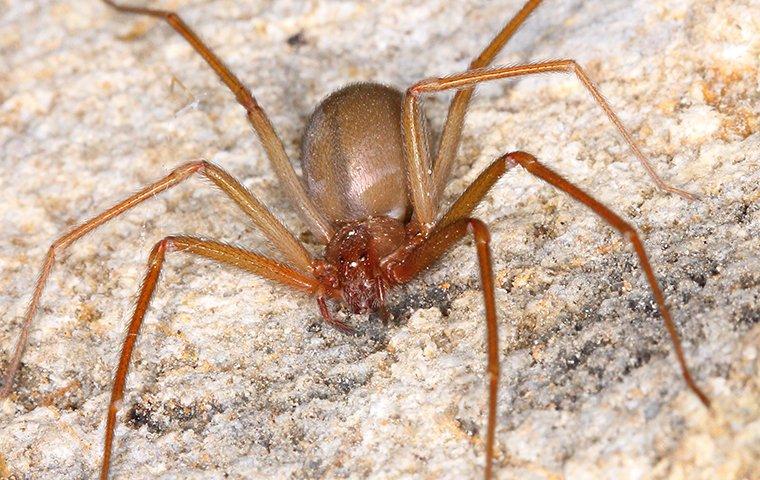 Holding off on the black widow and brown recluse spiders, there are other notable spider species in the area to keep in mind. One of the most common house spiders in the area is the wolf spider.

While the wolf spider isn’t naturally inclined to come indoors, they may do so to hunt prey. Outside, they prefer hiding places under stones, firewood, and debris, but inside they will remain at floor level, hiding under furniture or along the walls. Bites from wolf spiders are exceedingly rare and only likely to happen when these spiders are handled.

Another intimidating specimen among Arizona spiders is the Arizona desert tarantula. This five-inch burrowing spider has a long life expectancy of 30 years as a female and is considered one of the least dangerous in its family. Its venom has low toxicity, not much higher than a bee sting. While tarantulas can eject bristles from their abdomen, also causing discomfort, there are no long-lasting health effects from either.

Neither of these large and scary-looking spiders is dangerous or likely to be found indoors.

Are Spiders In My Phoenix Home Dangerous?

The two most dangerous spiders in the country are among the most common house spiders in the state. Among them, the brown recluse is known for its necrotic venom, capable of causing open wounds vulnerable to infection and difficult to heal. This solitary spider prefers not to be seen and may make its dense, messy web in dark corners and cardboard boxes. While getting bitten by a brown recluse would require a medical visit, bites from this spider are also pretty uncommon. As a reclusive species, they are only likely to bite when threatened.

The second, more notorious spider of note, the black widow, is also primarily an outdoor spider most likely brought inside by accident. Outdoors, black widows live in dark, sheltered areas like garage corners and firewood piles. Indoors, they stick to the next best thing, the attic or closets. A bite from a black widow can cause moderate to severe symptoms including localized pain, nausea, tremors, and difficulty breathing. Around seven people each year die from black widow bites, however, these bites are also unlikely unless the spiders are handled or threatened.

The moral of the spider story is, don’t handle spiders without gloves and long sleeves, and check your boxes and firewood before bringing them indoors. If you see either of these dangerous spiders, be extremely cautious about how you approach them.

The purpose of spiders is to hunt and eat insects. They don’t need to go indoors to survive, even in cold weather. This means that if they get inside and stay inside, they’ve been given a reason to do so in the form of abundant pest prey, the insects they eat. Most spider prevention is controlling for other pests, so to keep spiders out of your house, try these few prevention tips:

The Key To Effective Spider Control For Phoenix Homes