The Answers To Phoenix's Most Commonly Asked Scorpion Questions

Phoenix is home to the Arizona bark scorpion, which is considered to be the most venomous scorpion in all of North America. If you know this, but don't know all that much about scorpions, it is likely that you have questions. The last thing you want is to deal with a medical emergency that could have been avoided. Here are the most common questions we get about scorpions. Perhaps your question is in our list below. 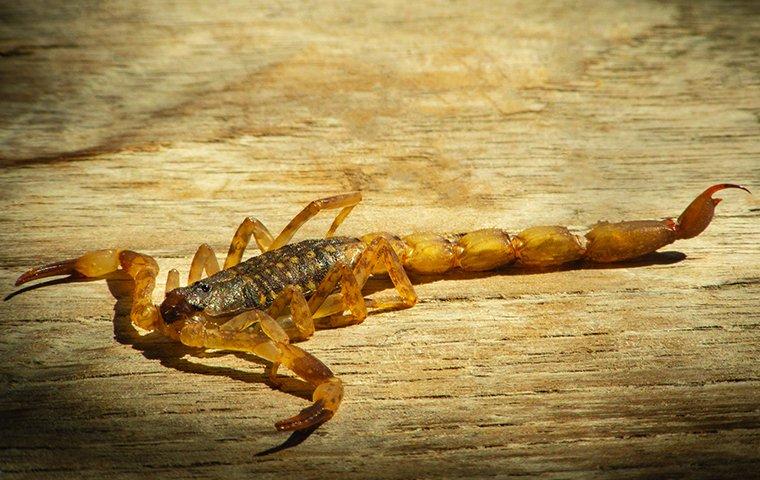 Where do scorpions live?

There are many places you can find scorpions. They can be under rocks, boards, bushes, shrubs, and lawn clutter. They can be clinging to vertical surfaces, such as the bark of a tree. They can be inside the walls of your home and in undisturbed locations within your home. If you're wondering whether or not you have scorpions in your home, you may be able to see them by using a black light in an attic space.

What do scorpions eat?

Scorpions eat insects, invertebrates, birds, and small animals. They're also known to eat other scorpions. If you have lots of pest activity around your home, you're likely to attract scorpions because they go where the food is.

How poisonous is a scorpion?

The sting of a scorpion can range from mild to severe. It depends on the species, how much venom is injected, and the age of the scorpion. Juvenile scorpions are unable to control how much venom they inject, so symptoms tend to be more severe for stings from young scorpions.

No matter how severe, if treated, you can recover from all scorpion bites, but it can be a very unpleasant experience. The bark scorpion is the worst of all the scorpions in Phoenix, as you can probably imagine. It is the only kind of scorpion that is considered life-threatening. It is also the scorpion that is most likely to get into your home. They climb vertical surfaces and squeeze into gaps and cracks. At the first sign of scorpions in your home, it is best to contact a licensed pest professional.

Scorpions don't bite; they sting. If you're stung, it can be difficult to tell a scorpion sting from the sting or bite of many other pests.

What should I do if I encounter a scorpion?

Steer clear and don't provoke it. Scorpions won't go out of their way to sting you. If you avoid them, you'll be fine. The problem is that they can sneak up on you. Be cautious at night when scorpions are most active. Wear something on your feet if you'll be walking around outside. During the day, wear work gloves when doing work in your yard and be cautious when turning boards and other objects over.

What do scorpions hate the most?

There is a trend in home pest control where people are turning to natural scents to deter pests. There are several smells that can deter scorpions, such as peppermint, lavender, and cinnamon. We don't recommend using these as your only protection from scorpions, but they can be effective when used strategically within a comprehensive control plan.

What is the safest, most effective way to keep scorpions away from my yard?

You can have some success in reducing scorpion activity in your yard by eliminating hiding places, addressing standing water, and keeping your landscaping trimmed. But they can come into your yard no matter what you do.

If you want the best protection from scorpions, contact Green Home Pest Control. We offer residential pest services that reduce the food scorpions eat, and we provide scorpion sealing for the exterior of homes. If you have questions, or you'd like to request service, reach out to us. We're standing by to assist you with all your pest control needs.