Home › Blog › Are Scorpions In Phoenix A Huge Problem?

Are Scorpions In Phoenix A Huge Problem?

More than 100 different species of scorpions exist across the country, with roughly 50 types found here in Arizona. Scorpions are arthropods with eight legs, a pair of claws (pedipalps), and a barbed tail that can deliver a painful sting. Scorpions have glands that generate venom used for hunting and defense, which can range in potency from mild to potentially dangerous.

Despite having poor vision, scorpions are good hunters that rely on other senses including touch to track down their prey. They commonly appear in colors such as yellow, brown, and black. 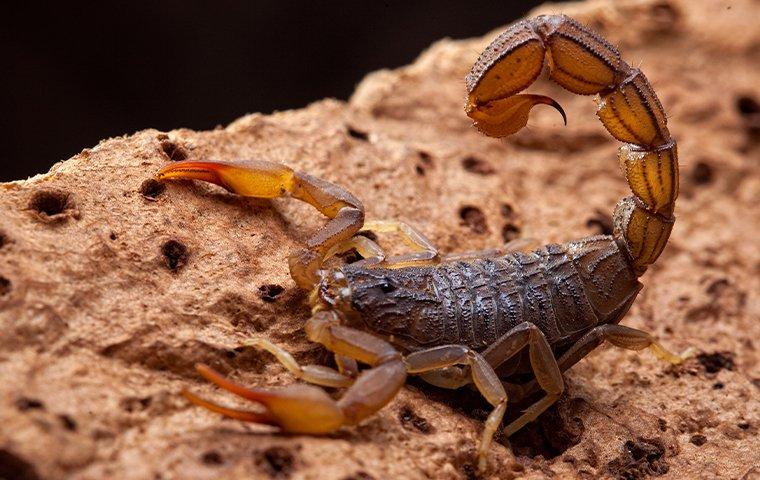 Although the majority of scorpions in the Phoenix region have somewhat mild venom, property owners should not intentionally touch or handle these creatures. A pest control professional has proper safety training and knows how to find scorpions and how to keep scorpions out of your home.

What Kind Of Scorpions Live In Phoenix?

Some of the most common types found in this region include:

Bark scorpions are among the species that are excellent climbers. How can scorpions climb walls and other vertical surfaces? Scorpions are equipped with tiny claw-like “ungues” on their legs that allow them to navigate rough surfaces. The majority are unable to climb smoother materials such as metal, plastic, or glass.

What Attracts Scorpions To My Home?

Scorpions are motivated to locate sources of food, water, and shelter. They are predatory creatures that will consume spiders, insects, and other small prey; therefore, limiting the presence of these and other pests such as ants and cockroaches is critical to reducing the likelihood of encountering them. Scorpions are often found near water sources, including plumbing leaks or pet water dishes.

Permanent Ways To Get Rid Of Scorpions

Scorpions are prevalent in the dry and hot conditions found in desert regions. Some of the best scorpion prevention methods include properly sealing gaps around doors or windows that may serve as points of entry, removing objects and debris from yard areas, and keeping trees and other vegetation trimmed back away from the structure.

The team of trained technicians with Green Home Pest Control understands what attracts scorpions, how to find scorpions, and how to keep scorpions out of your home. Our scorpion sealing process has proven to be an effective means of preventing indoor access by filling any cracks or holes that exist in the exterior of the structure.

Keep in mind that our local specialists are also properly trained for eradicating problems with rodents, termites, ants, and many other unwanted pests that pose challenges. Our staff is available to respond to these concerns by visiting the property for a detailed interior and exterior inspection that identifies the nature and extent of the intrusion and determines the best treatment option. We encourage you to contact us today to schedule a visit.