Home › Blog › Should I Be Concerned If I Spot Ants Around My Gilbert Property?

Should I Be Concerned If I Spot Ants Around My Gilbert Property?

There are many pests in Gilbert, but some of the most common of all are ants. These widespread and invasive species might not seem like that big of a deal given their small size, but they are actually some of the most challenging pests to control and remove. And, while some ants in Gilbert are only considered nuisance pests, others can bring about property destruction or pose health risks. 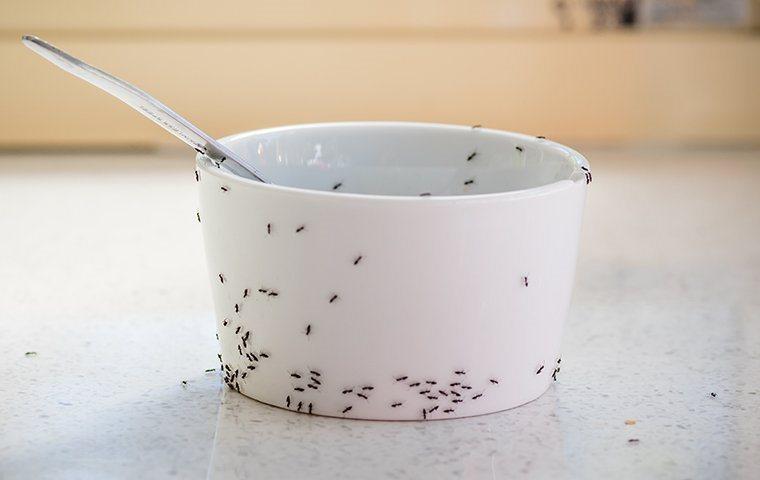 How To Identify The Type Of Ant Infesting Your Gilbert Home

Some of the ants that commonly invade area homes are Argentine ants and crazy ants. Both of these species are generally considered a nuisance, but because they can be so invasive, they still cause issues for homeowners. Argentine ants have large colonies, and they prefer humid environments and are small with 1/8 inch long light brown to dark brown bodies. Crazy ants are of similar size and color but are best identified by their erratic movements. They can bite, but these bites are rarely a concern.

Along with these species, there are also carpenter ants and fire ants. Carpenter ants can cause property damage as they tunnel through wood. They are usually dark brown to black and grow to be over a half-inch in length. Fire ants, which are a small reddish-orange species, are able to sting and bite. These attacks can be painful, and in rare cases, they can lead to health issues.

Should I Worry If I Have Ants In My House In Gilbert?

Overall, most ants aren’t a huge concern as far as your health is concerned. The majority of ant species in the area are unlikely to send you to the hospital, but in the case of fire ants, some people do have allergies to the venom. It’s best to avoid being bitten or stung, and if you do have this specific species, getting rid of them is even more of a priority.

But, even the more nuisance species can still cause problems. It’s important to know why ants can be problematic and to take time to implement ant control around your property.

The Problems Ants Can Cause In Your Gilbert House

Other than health risks, ants can create many other problems. Carpenter ants are especially a concern because of their ability to destroy wooden objects. While they usually aren’t as destructive as termites, they can damage structural elements of your home as well as outbuildings or decks.

Lastly, ants can cause problems because they are so invasive. While seeing a few ants might not seem like a big deal, their colonies can quickly grow out of control as they reproduce exponentially. Soon, it can seem like your entire home or business is taken over by these pests, and they are difficult to remove using DIY ant control methods.

How To Get Rid Of Ants In Your Gilbert House Quickly

Once you spot ants around your Gilbert property, the best way to remove them is with professional pest control services from Green Home Pest Control. Since ants are so invasive, you’ll likely just waste time, money, and effort trying to remove them on your own.

Instead, let our professional pest control team help. We offer cutting-edge and tried and true methods of ant control. We will also work with you to provide ongoing ant control throughout the year so that ants don’t come back again. Give us a call today to learn more or request an inspection.