What You Should Know About The Ticks In Phoenix

The most feared ticks in the United States are blacklegged ticks because of their ability to cause Lyme disease. These ticks have a distribution through the Eastern United States and in the Pacific states of Washington, Oregon, and California. Some populations have been found in Northern Arizona but, as of this writing, the CDC has not had reports of any localized cases of Lyme disease in Arizona. There is, however, a concern growing in Maricopa County, due to probable cases of Lyme in residents who have traveled to endemic areas—some of which are outside of the country. Currently, there is a low concern for Lyme disease in Phoenix, but Lyme is far from the only diseases spread by ticks. In our area, there is a strong concern for Rocky Mountain spotted fever, which can have serious and potentially life-threatening symptoms. Here's what you need to know about Rocky Mountain Spotted Fever, and some ticks that carry it in the Phoenix area. 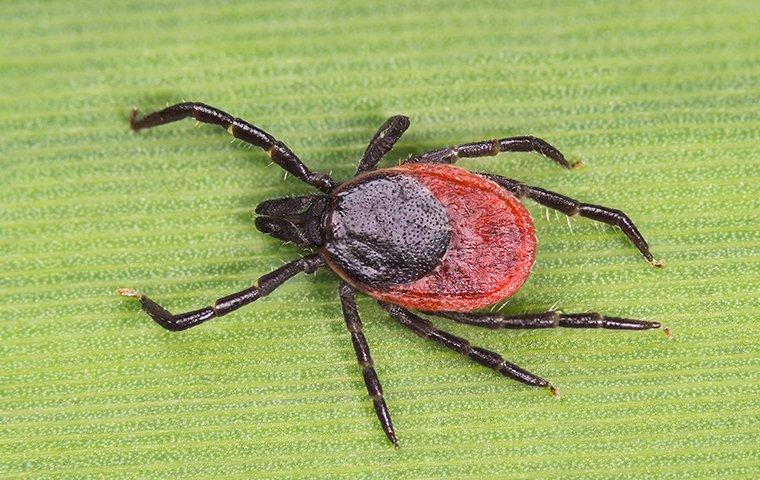 This disease, often referred to as RMSF, usually comes with flu-like symptoms. First, a rash appears about two to five days after transmission. It is estimated that six to ten people develop a rash and, in Arizona, it is rare for a rash to be associated with RMSF.

The most common tick in Arizona is the brown dog tick. It is ⅛ of an inch long and reddish-brown when not engorged. If it has had a blood meal, it can be as large as ½ inch, and its engorged body will be a grayish-blue color. While brown dog ticks prefer to feed on the blood of domesticated canines, they can bite humans, and they are known to transmit RMSF. This makes them a serious concern.

Another issue with brown dog ticks is that they are the only tick species that is able to complete its entire life cycle indoors. When these ticks get in, they can stay inside your home and create a population.

Another tick we see inside Arizona homes is the American dog tick, also referred to as a wood tick. These ticks can be picked up by your dog in wooded areas. Once inside your home, the American dog tick can't complete its life cycle, but it will readily bite humans. So, while its stay may be brief, it is more of a threat than a brown dog tick. American dog ticks are known to transmit RMSF and tularemia.

There are a few ways you can prevent brown dog ticks and other tick species from getting into your home.

There is no better way to reduce the risk of tick-borne diseases than to have routine pest control services that include tick reduction. If you have questions about how these services work, reach out to Green Home Pest Control. We can guide you toward the right tick control plan for your yard and home. Our services are competitively priced and scientifically designed to give you the best results possible. Don't let ticks make you and your pets sick. Reach out to Green Home Pest Control today. We're here to help you with all your pest control needs.